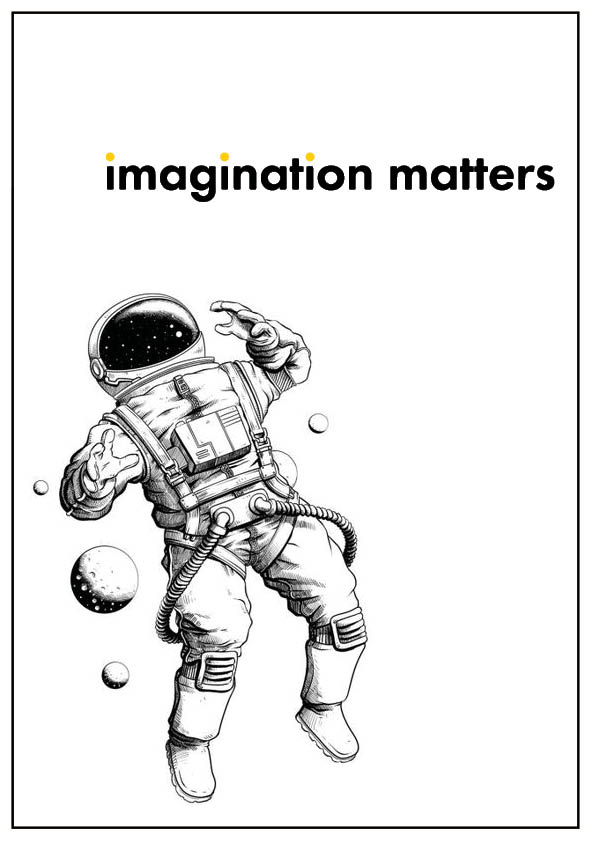 From the first mark on a cave wall to the first footsteps on the Moon, our greatest developments have begun with leaps of someone’s imagination. Imagination is the cornerstone of creativity, problem solving and innovation. It is an essential skill for life.

We find ourselves at a turning point in our history – the increasing speed in which the world is changing means that the future is more uncertain than ever before. It is our turn to create the world we wish to see. Imagination has never been more important.

Yet throughout the world, imagination is being overlooked and undervalued. Opportunities for children to imagine, explore and experiment without predetermined outcomes are increasingly rare. In a 24-hour society, children’s lives are often over-scheduled. They’re under constant pressure to succeed at schools that place emphasis on formal learning under specific disciplines, and at what cost?

Every child is born with an immense capacity for imagination. We need a climate in which it can be nurtured and thrive.

Imagination Matters is powered by the Institute of Imagination and exists to champion this shift and challenge the common preconception that imagination is nothing more than a frivolous pastime.

The website is bursting with articles, blogs, images and videos that showcase the importance of imagination across sectors and in everyday life. You’ll read stories from people you may be familiar with alongside others who may be new to you. Everyone a real-life example of just how and why Imagination Matters.

Institute of Imagination (iOi) is a UK registered charity set up to help understand the power of imagination and realise its potential. We are a group of educationalists, writers, artists, designers, academics, entrepreneurs, financiers, and philanthropists from across the world. We share a passionate belief in the need to support and nurture children in developing the skills and well-being they need to flourish.

Their mission is to create space for children to re-imagine the world.

Our work with the IOI to deliver Imagination Matters

Nevergrey were asked to develop and launch an exciting new digital hub for the Institute of Imagination – Imagination Matters; helping them to curate inspirational content from around the world on the multiple facets of our own imagination.

The campaign would launch their new website, as well as engage key figures from around world in supporting the campaign and culminate in a launch party held in London to announce their new Imagination Campus!