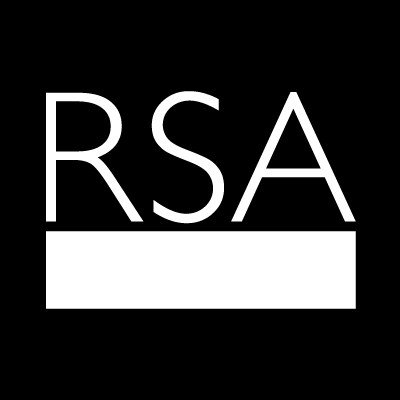 As a special treat, we thought we’d share the notes for Kate’s keynote at The RSA Creativity Matters: A Tribute to Sir Ken Robinson event this week. This video should be going live on Monday (w/c 21st December 2020) on The RSA YouTube channel.

We hope you enjoy.

Thank you so much Penny, and thank you Matthew and the RSA for arranging and hosting this tribute to my Dad. He had a long standing relationship with the RSA, and spoke at the beautiful RSA building in London on many occasions – a few of which I was lucky enough to be present for. So it feels incredibly fitting to be here today, with the RSA to pay tribute to him and to discuss his legacy.

You know, we aren’t here today because he died. We are here because he lived. And because while he was living he made a difference. He changed the way so many of us thought, he validated how we felt. He championed our work, and gave voice to so many people who intrinsically knew that it wasn’t that something was wrong with them, it was wrong with the system. He was a relatable voice of truth and reason that for so many of us cut through the chaos with, essentially, a simple thought – that we could do things differently. And if we did them differently, so many more people would benefit and flourish.

One of the reasons his message resonated with so many people around the world is because it was sincere, because he was sincere. He never sold out, he never compromised on his mission or vision in order to get ahead. I’ve often been asked what he was like in real life – and the truth is he was exactly the same in person as he was in the TED talk, but better. The man on stage wasn’t an act, a carefully curated alter ego, it was him, and I think everyone speaking here today can attest to that.

At its core, his work was a celebration of human potential, of our potential as individuals and as a species. He often pointed out that we don’t live in the world as other creatures do, we create the worlds in which we live, and we do that through our incredible power of imagination. Imagination is a power that, as far as we know, is unique to human beings, and it is through our imagination that the world as we know it has come to be – our systems of democracy, our works of art, our ability to travel globally, our ability to do this – to come together as we are, digitally. Every moment of progress we as a species has had, began as a spark of imagination, an “imagine if…” moment. Even the big, complicated systems, many of which we take for granted, like education, for example, were designed and created by people. He called them human systems, and as we created them, we can recreate them.

In a talk he gave as part of the Call to Unite in May of this year, he said that the pandemic had forced us to hit pause on many of our social systems, and it is time to hit reset on them as well. Inspired by this, and inspired by his passionate advocacy on behalf of imagination, we are putting out a provocation to re-imagine. “Imagine if…” we did things differently. Imagine if we didn’t group children by age in school, imagine if our education systems valued each and every child for who he or she is. Imagine if every adult was deeply connected with his or her passions, and was in his or her Element. A seed, a moment of imagination. We created these systems, these ways of living… imagine if we did them differently.

Today we are joined by an incredible group of people – each of whom knew and worked with Dad, and we will be hearing from each about the work they do, as well as their own “imagine if…” response.